In order to make good tea, human hands are essential.
First comes the soil in which the tea will grow. At the Hekien tea farm, we create an environment that allows our tea plants to thrive, using good, old-fashioned natural fertilizer.
What's important in the next step is the hands of a master. Hekien’s fine tea leaves are all picked and sorted by human hands. The hands of a master— that’s what makes good tea.
Our quality tea leaves are refrigerated after picking, and processed by hand, the traditional way.
Each and every leaf is carefully inspected by human eyes, and only the best are selected.
For the 148 years since our founding, we have passed down traditional techniques from parent to child to grandchild, along with a deep understanding of tea.

For five generations since our farm’s founding in 1870, we have provided our customers with good tea that we grow, process, and sell ourselves. 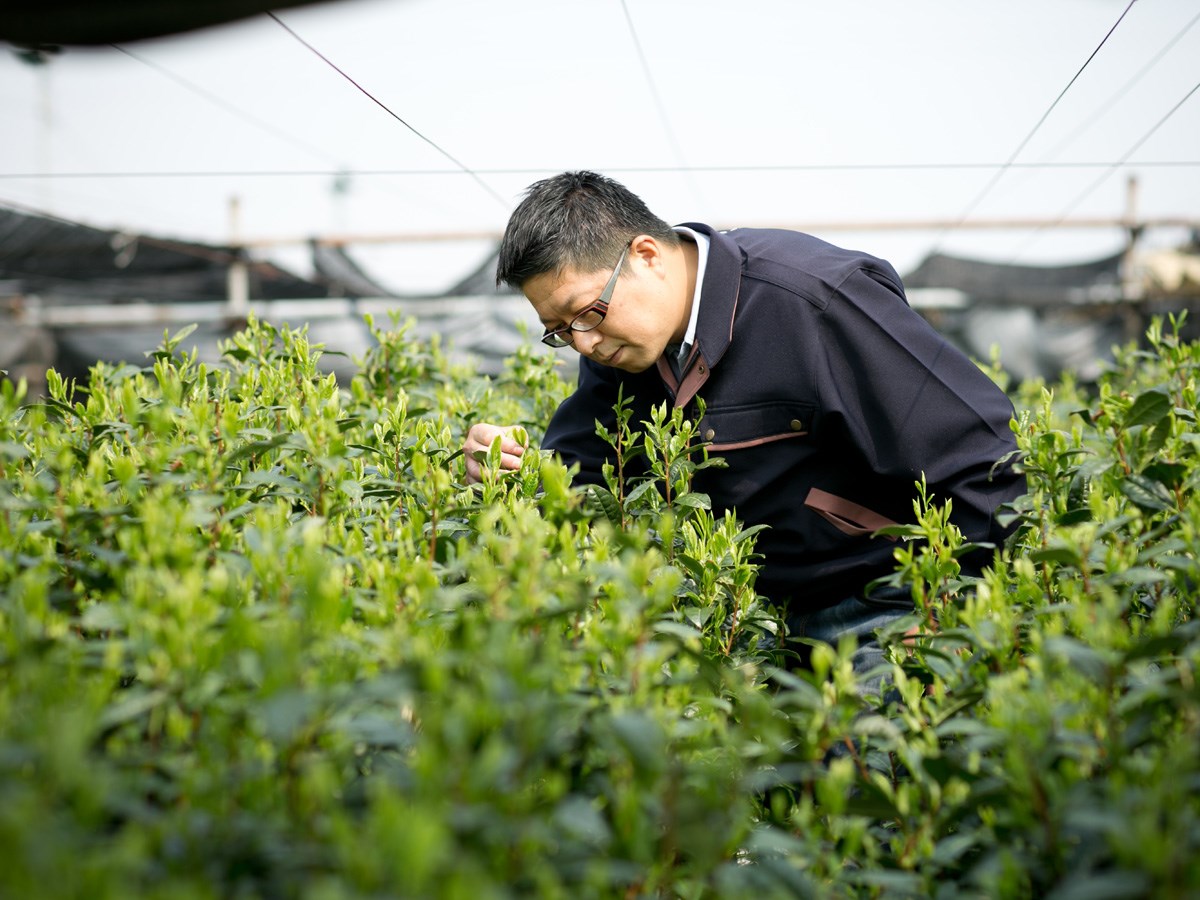 Since the times of our second-generation owner, our goal has been high-quality tea. Our tea has been lauded at tea fairs and exhibitions generation after generation. Most notably, we received the Minister of Agriculture, Forestry and Fisheries Award at the National Tea Fair, the top prize in the world of tea, in 2003 and 2004—the highest honor in Japan, two years in a row. Following that, at the Agriculture, Forestry and Fisheries Fair, the most prestigious agricultural fair in Japan, we became the first tea producer in Aichi Prefecture to receive the Prime Minister’s Award, one of the top three agricultural awards in Japan. More recently, in recognition of our achievements in the tea industry, our fifth-generation owner received a Medal with Yellow Ribbon from the national government, making him the youngest in the Tokai region to ever receive the honor. His father, our fourth-generation owner, also received a Medal with Yellow Ribbon from His Majesty the Emperor in 1993. It is an exceptionally rare case that a parent and child both receive this honor.