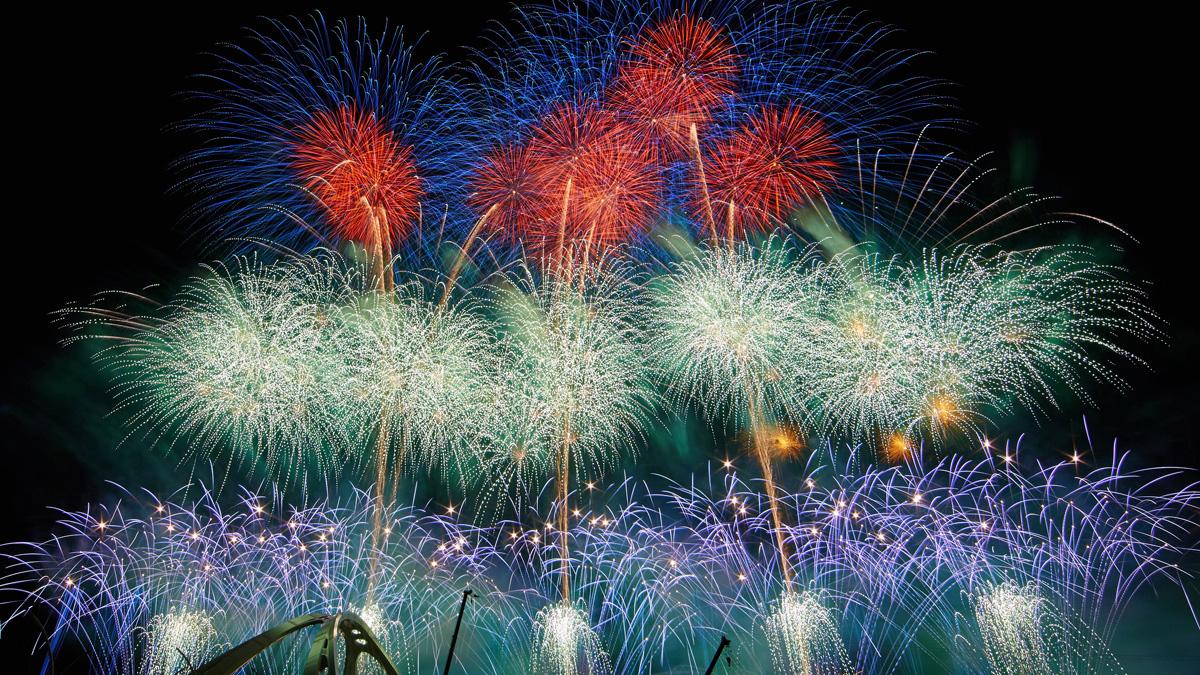 Enjoy food and game stalls, dancing, and yukata, the casual kimono that are a staple of lively Japanese summer festivals! And as darkness falls, the skills of Japanese fireworks craftsmen light up the night sky.

Add this Special Feature to My Favorites 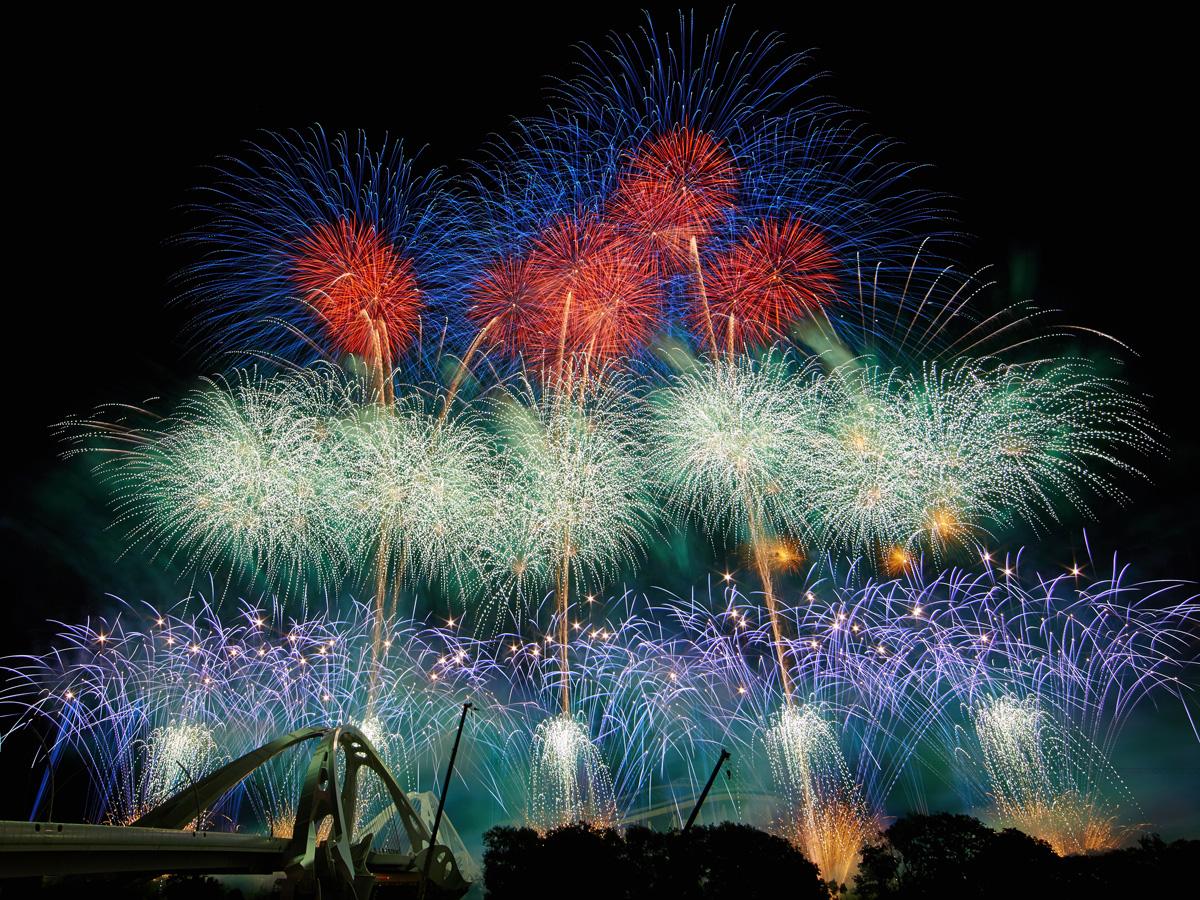 The Toyota Oiden Festival is one of Toyota-City's biggest events. Residents form groups to dance to the Oiden music with their own costumes and choreography.
The dancing takes place in two stages, with "My Town Oiden" held in various locations and "Oiden Final" held on the last Saturday in July. Fireworks wrap up the evening with an impressive display of melody fireworks, Niagara Falls fireworks, star mines, trick fireworks, hand-held fireworks and more that draws about 360,000 people each year from the city and beyond. 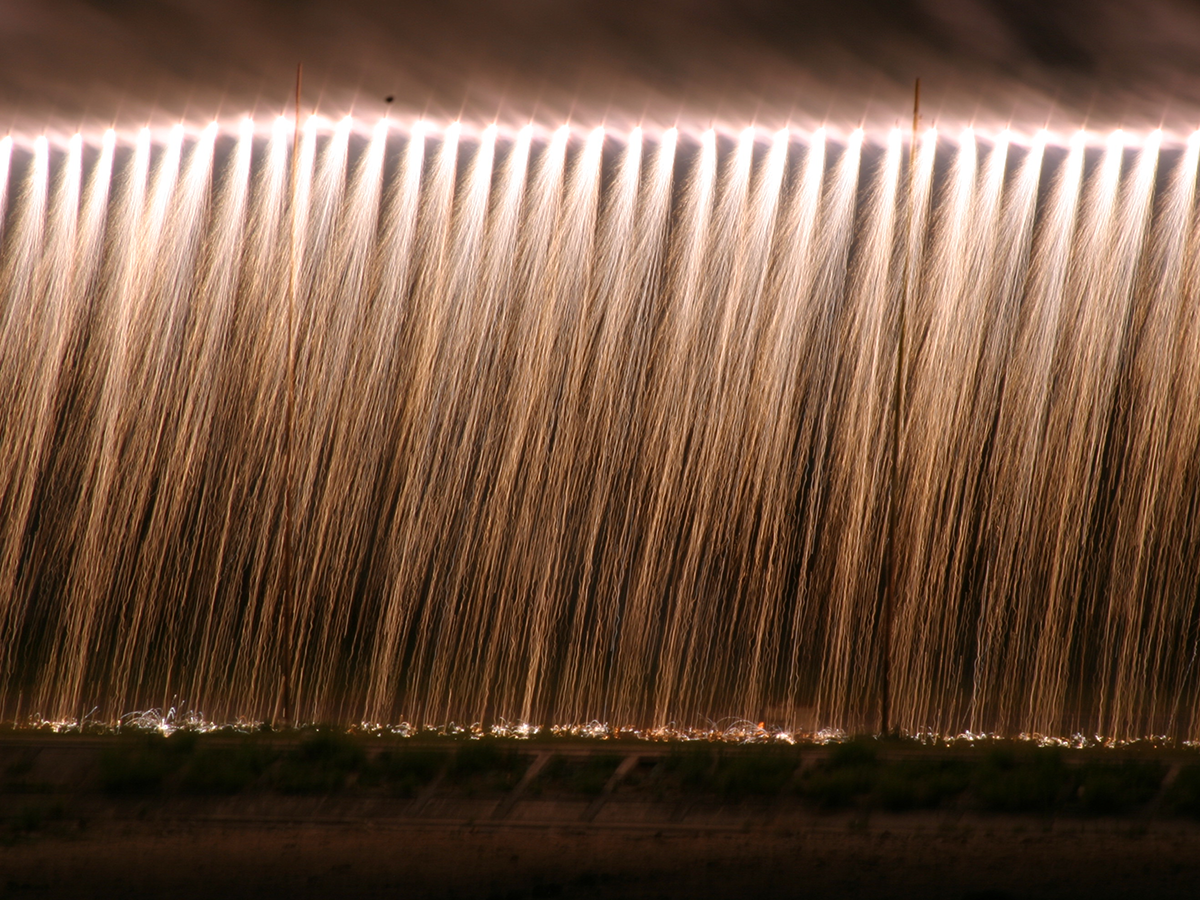 From the spectator seats, the Okuyahagi Onsen fireworks look much closer than normal fireworks. Since the area is surrounded by mountains, they cannot shoot fireworks very high. It is to prevent fires. The fireworks therefore explode at a lower height, making it look really close! 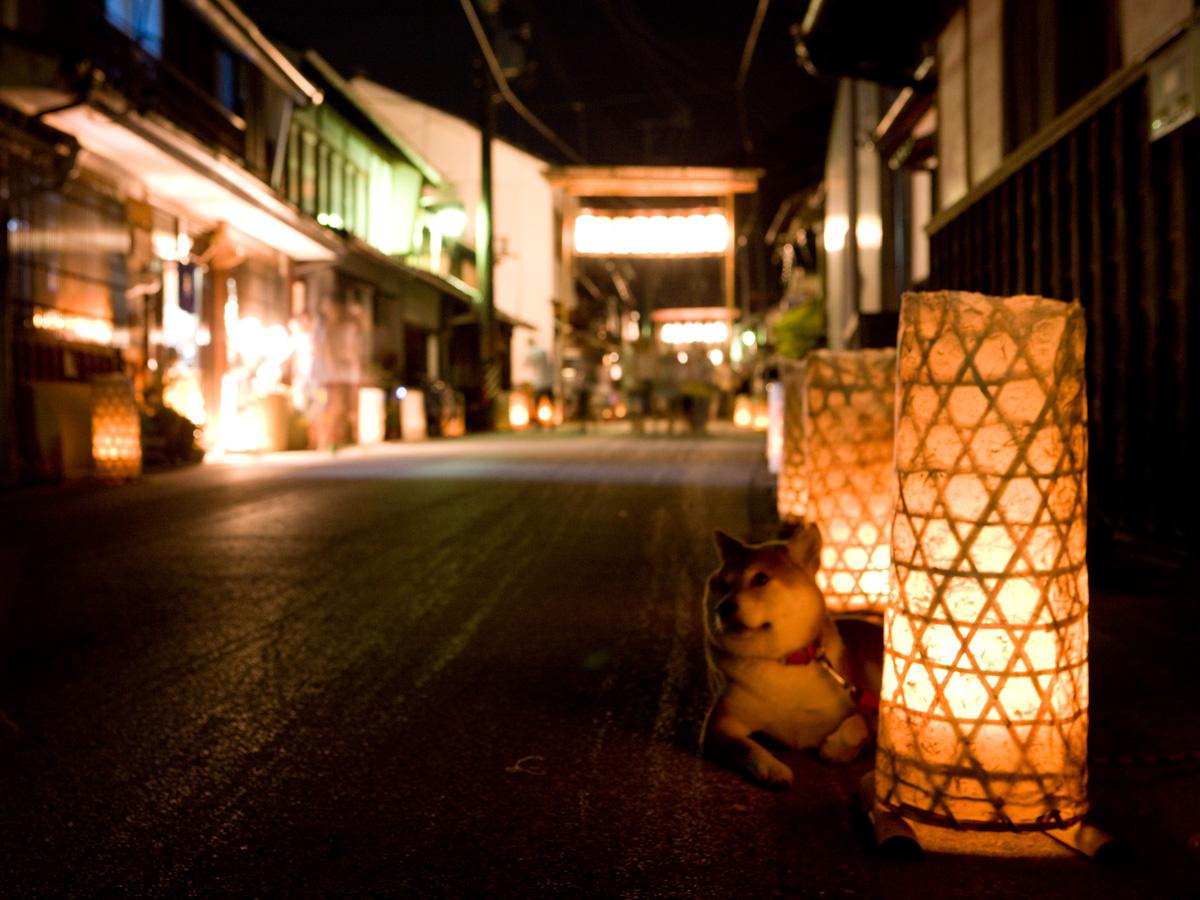 The Asuke summer festival refers to a series of events that take place in summer throughout the Asuke region. Every August 13-14, the promenade along the banks of the Asukegawa River is lit up with candles for the Asukegawa Manto Festival. On the 14th, a large fireworks festival is held in Asuke-cho. On the 15th, the last day, lanterns are sent off into the Tomoegawa River and the Jizo Festival is held. There are also fireworks and the Bon dance to see. During the event, from sunset to about 9:00 PM, a display of “Tankororin,” circular lanterns made out of bamboo baskets and paper, illuminates the streets of Asuke. 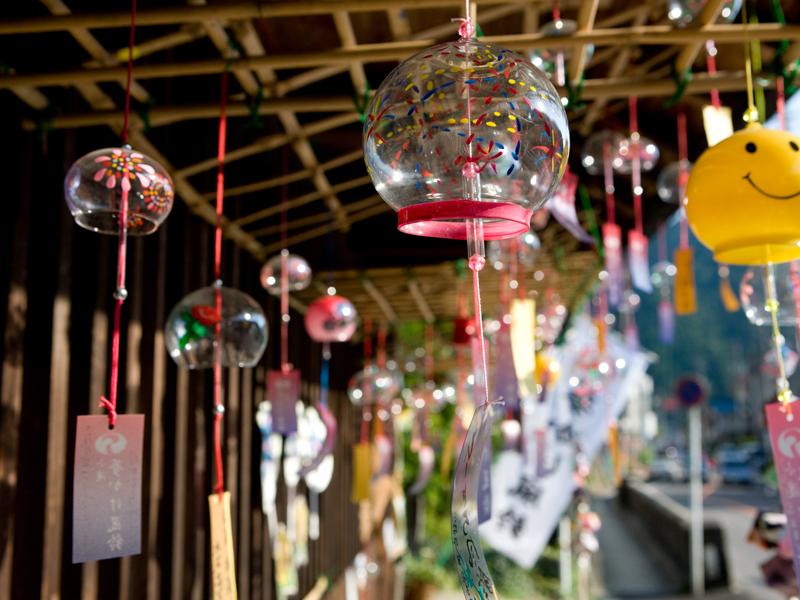 An event begun in 2003. In the middle of July, wind chimes join the sounds of the river to fill the Odocho area. The first day of the event draws many visitors, offering opportunities to make your own wind chime, try copying Buddhist sutras or meditation, and much more.