Held annually on the third weekend in October, the Koromo Festival features two days of traditional rituals and celebrations. See the streets come alive with all manner of festival attractions!

Toyota City in central Japan’s Aichi Prefecture is a vibrant city of manufacturing science and innovation, forever on the cutting edge of the most modern of technologies. It is a city where futuristic robots and humans work side by side to produce some of the highest quality and most advanced motor vehicles. Despite being a truly modern metropolis, Toyota City retains a strong connection to its rich history and culture. That long history and deep culture can best be seen and enjoyed in the annual Koromo Matsuri, one of Aichi Prefectures’ most respected and most gorgeous of traditional festivals, staged annually since around 1624.

Originally the township lay at the foot of 65m high Mt. Doji, upon which Koromo Castle was built. The site had been fortified since the 12th century until the Naito clan were awarded the area and established the fully-fledged Koromo Castle. The strategically positioned Koromo was also known as Shichishu-Jo or the “Seven State Castle”, as seven surrounding provinces, Mikawa, Owari, Mino, Shinano, Totomi, Ise and even Omi, could be seen from the fortifications. For hundreds of years the castle kept a protective eye over the area, until it was finally abandoned and mostly demolished at the end of the feudal period in 1871. Some 88 years later, in 1959, the the castle town of Koromo changed its name to became known as the town of Toyota, after the vehicle manufacturing corporation based there. Although the castle closed around 150 years ago and only ruins remain, and the name of the town has since changed, the traditional Koromo Matsuri continues as a grand reminder of that past. 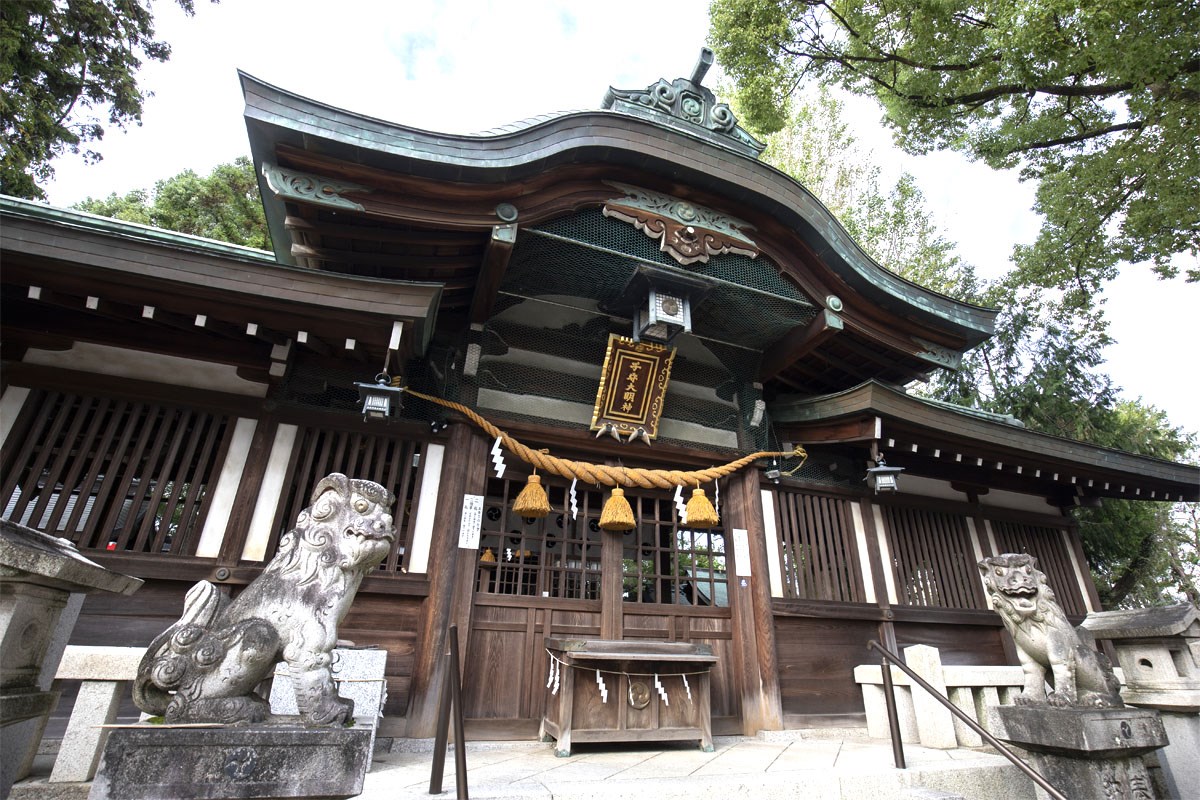 The story goes that in 1189 Minamoto no Yoshitsune, long regarded as one of the most popular and greatest of samurai military commanders, was facing defeat having been betrayed by a trusted ally. His retainer, the warrior Suzuki Shigeyoshi, was rushing to his aid when he received word that his master had already fallen. It is said that Shigeyoshi built the shrine on a spot near where he heard the devastating news, using parts from a shrine brought from Yoshino in the ancient capital of Nara. Hundreds of years later, during the Edo period, (1600-1868) the shrine was re-dedicated to Komori Daimyojin, the patron deity of children.

From the early times, the shrine has been a focal point of the community, patronized and revered by the various lords and samurai of Koromo Castle, as well as the townsfolk. Worshippers of all walks of life came to pray for the birth of healthy children, and for rituals such as the Hatsumiya Mairi, a child’s first shrine visit after birth, and the Shichi-go-san Mairi, where a child receives blessings at ages three, five and seven. In modern times, the shrine has become famous for the blessings of new cars to ensure safe travels too. Importantly, the Koromo Jinja is also known for the historical and culturally significant Koromo Matsuri, recognized as one of the three major festivals of the former Mikawa Province, now eastern Aichi Prefecture. 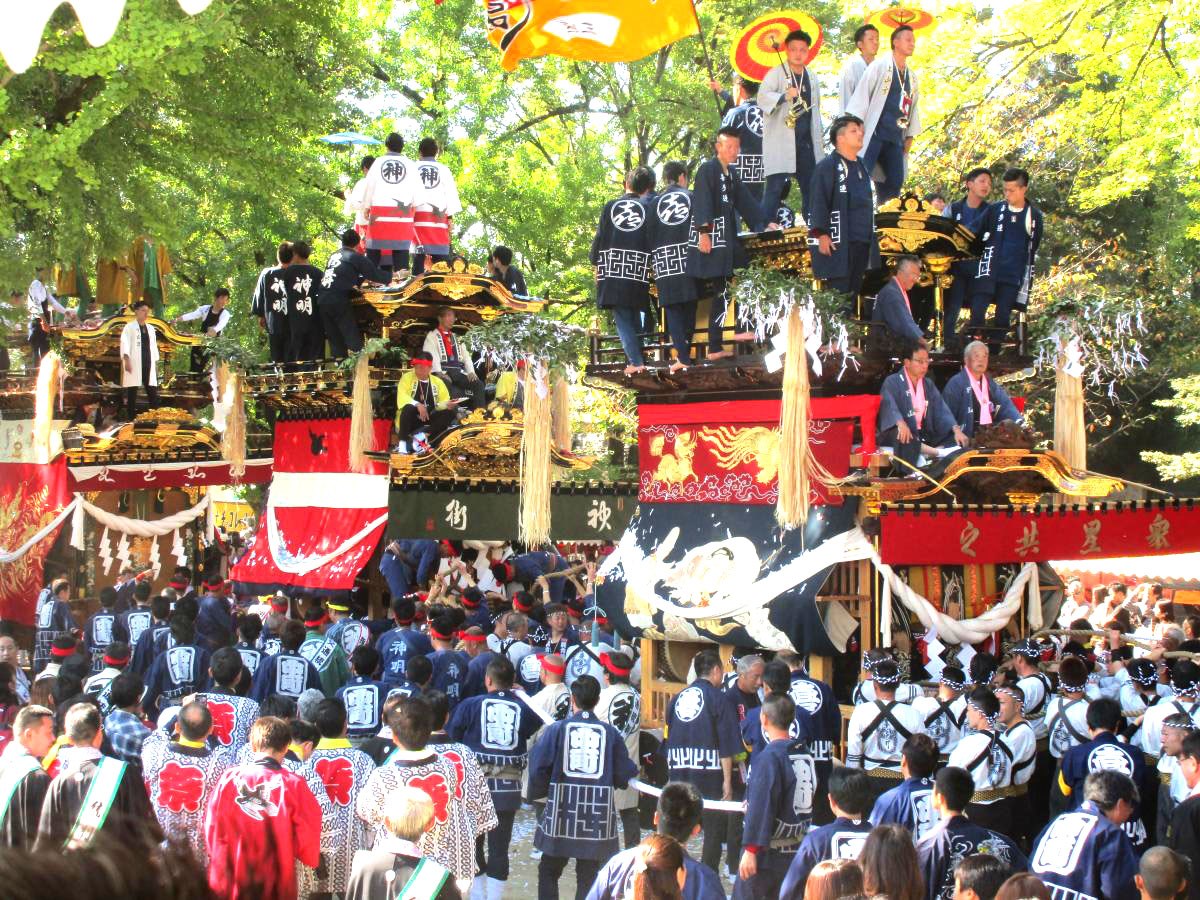 Held annually on the third weekend in October, the Koromo Festival features two days of traditional rituals and celebrations. The pre-event, the Shigaku Festival takes place on the Saturday, with the main event, the Hongaku Festival taking place on the Sunday. While Toyota is known for its manufacturing prowess, during the feudal period prior to 1868, it was a major silk production and rice growing region, and the Koromo Festival’s roots hark back to those days. The festival itself has long been performed in the autumn to ensure an abundant harvest.

Eight huge dashi festival floats, towering around four-meters high and weighing several tons gather in the precincts of the ancient Koromo Shrine to be blessed in a Shinto purification ceremony before being wheeled out through the modern building-lined streets of Toyota City. The eight dashi floats themselves are antiques, and in 1964, each were designated as an Aichi Prefectural Tangible Folk Cultural Property, as well as a Cultural Property of Toyota City. Each timber framed float is highly decorated with intricate wood carvings, lacquered beams enhanced with detailed gold fittings and large, fabulously embroidered maku curtains. The hand-sewn tapestries alone are worth going to see, with each one representing a famous scene, a brave warrior or an honored deity. To add to the festivities and visual effect, great quantities of colorful confetti billow out from the floats during the procession, which, by custom, passes in front of the shrine seven times during the event.

These mobile shrines also have small stage areas on them, from which various performances are staged by children, including Kabuki. Even the traditional comedy Kyogen can be enjoyed. Accompanied by traditional festival musicians and dancers, these impressive floats are pulled and pushed through the streets of Toyota by large teams of dedicated locals in bright, festive costumes to the chants of “Hoissa! Hoissa!" The huge wooden wheels and their axles are simply thrust through holes in the float’s main base frame and therefore have no steering capabilities, and so when the processions reach a corner, the teams of men have to raise the multi-ton floats up onto two wheels and drag it, rather like modern-day speed drifting, to face in the right direction. This is all performed at an exciting speed, and with the confetti showering down upon the spectators, it becomes quite lively with shrieks of delight, cheers and applause from children and adults alike. Incidentally, children in particular seem to enjoy playing in the piles of colorful paper following the float processions. Make sure you have plenty of memory space in your camera! You’ll need it to capture these stunning scenes in all their glory!

On both days, throngs of people line the city streets to enjoy the festival atmosphere, and to see these floats. The streets come alive with all manner of other festival attractions, including ceremonies, parades, demonstrations of local arts, crafts, performances and street food stalls. There’s plenty to see, do, eat and drink. 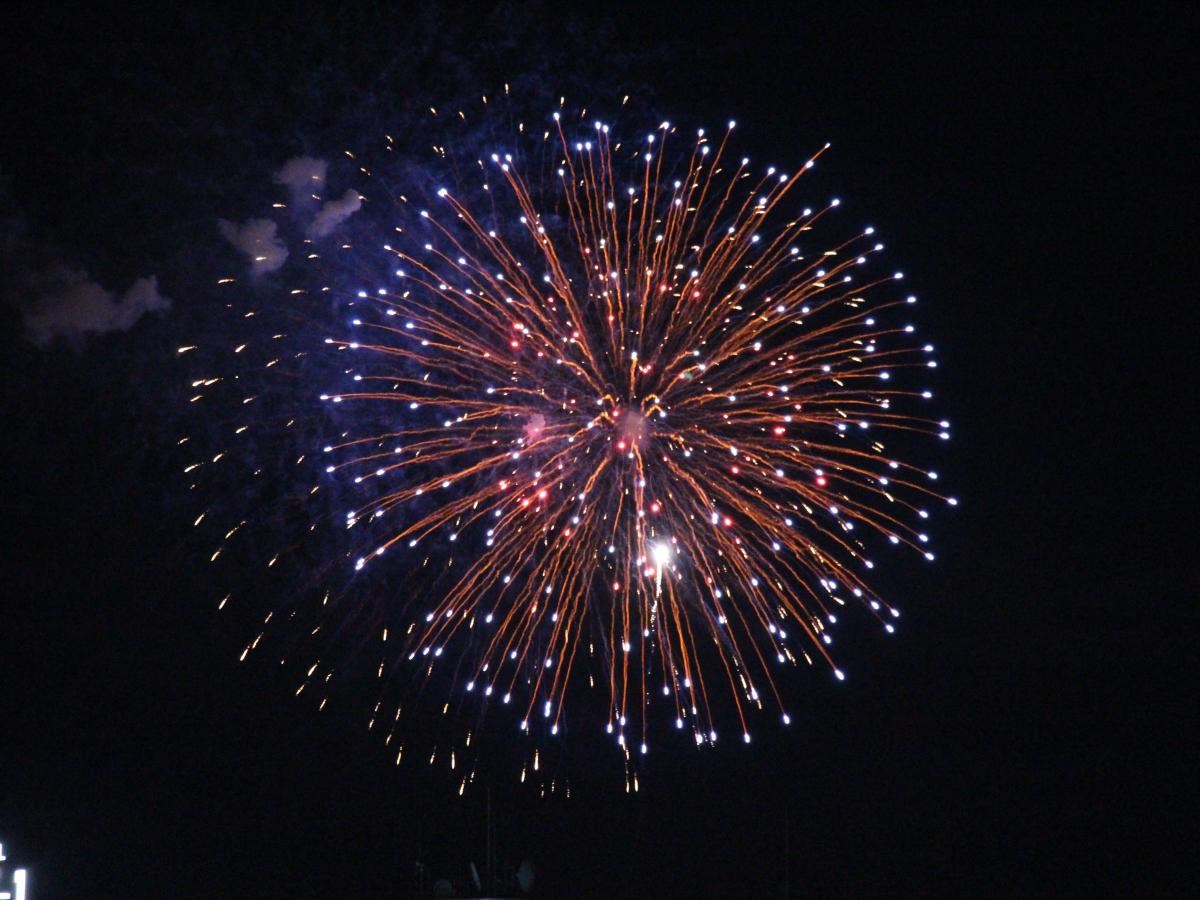 The event comes to a loud and fiery close on the Sunday evening with a huge fireworks festival along the banks of the Yahagi River, after which the treasured dashi floats are stripped of their decorations, partly disassembled and stored away in their special kura sheds in each of the original districts for yet another year.

For the visitor to Toyota, the annual Koromo Matsuri festival is a delightful and fascinating side of Toyota that is rarely seen, and a chance to experience a real Japanese festival. For the people of Toyota City, the Koromo Matsuri is a special event they are rightfully proud of and hold dear in their hearts. It is a celebration of the long history and deep culture that forms the sturdy base for the modern technological wonder that is Toyota City.