Matsudaira-Go was the birthplace of the Matsudaira clan, said to be the origin of the Tokugawa family. In addition to Matsudaira Toshogu Shrine, there are many other historic sites connected with the Matsudaira clan, including Kogetsuin Temple, where founder Matsudaira Chikauji is enshrined, and the Matsudaira Castle Ruins. There are also many wild-growing plants, so visitors can enjoy a variety of natural scenery throughout the four seasons, with cherry blossoms in spring, irises and hydrangeas in early summer, and bush clover and red maple leaves in autumn.

Also known by its original name, Jakusei-ji Temple, Kogetsuin Temple was reputedly built in 1367 by the monk Kanryu with the support of Ariwara Nobushige (father of Chikauji’s wife). Tradition holds that it came to be known as Kogetsuin Temple in 1377, when Chikauji donated the main image of the Amida Buddha, as well as all of the halls and towers.
Later, Tokugawa donated a temple estate of 100 koku (1 koku was a year’s supply of rice for one person), and it received generous patronage from the reigning shoguns until the Meiji Restoration.
Within the precincts there is a Matsudaira family cemetery where stand the graves of Chikauji, Yasuchika, and the wife of Chikatada. The current temple gate and main hall were erected by the shogun Tokugawa Iemitsu in 1641, and many cultural properties are preserved there. 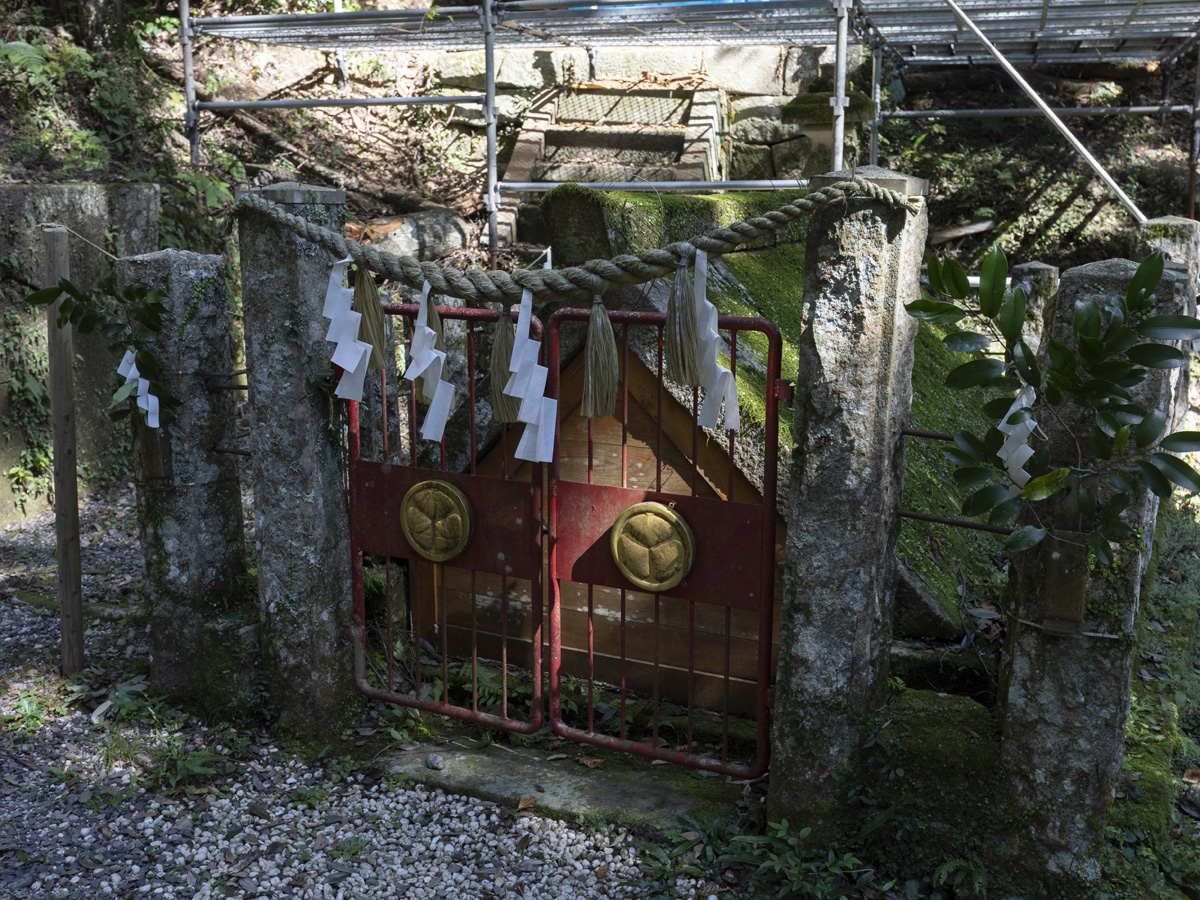 Matsudaira Toshogu Shrine is dedicated to the shogun Tokugawa Ieyasu and Matsudaira Chikauji, the founder of the Matsudaira clan. It is said that the temple was founded when Matsudaira Chikauji built a home here, and prayed to transfer Wakamiya Hachiman here as its patron deity. The site of the shrine is the former location of a Matsudaira clan residence. Located near the prayer hall is Matsudaira-Go Hall, which displays a variety of items connected with the Matsudaira and Tokugawa families. It is also the location of the Ubuyu no Ido well, used by the Matsudaira clan for ubuyu (a newborn’s first bath), and said to be sacred water that grants worshipers eternal youth and long life, as well as blessings for safe childbirth. There is a moat which runs on the south and west sides of the stone wall that is said to be the remains of a house built by Matsudaira Naoyoshi, 9th head of the clan, after the Battle of Sekigahara.
Matsudaira-go has walking trails throughout the area, making it recommended for taking a stroll while admiring the seasonal scenery.
Matsudaira Toshogu Shrine holds the Tenka Festival and the Matsudaira Spring Festival, with ceremonies such as omizutori (a ceremony for drawing sacred water), attracting large crowds of visitors every year.

This festival was revived in 1988 to re-enact a festival which traces its history back to the Edo period. A ceremony honoring the great achievements of Matsudaira Chikauji, who prayed for peace throughout the land. The highlights are nerikomi (a parade) and tamazeri (wrestling over a globe) by yaku-otoko (men of the unlucky ages 25, 42, and 61) wearing only loincloths. The spirited competition for the wooden globe is a stirring sight to see.

A pre-event is held in addition to the main festival. At the pre-event, the omizutori ceremony is performed at the Ubuyu no Ido well, and there is an offering of powerful fireworks that are held by the participants. At the main festival, there is a traditional procession called Mikoshi-togyo (a portable shrine parade) from Matsudaira Toshogu Shrine to Kogetsuin Temple.